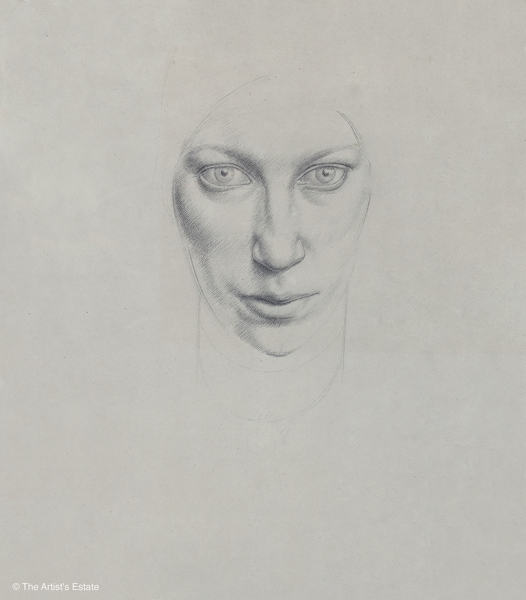 Provenance: Given by the artist to Marjory Allen of Hurtwood

This self portrait dates to 1920 when Knights became the first women to win the Prix de Rome. Knights gave it  to her friend Marjory Allen, Baroness Allen of Hurtwood, Colin Gill's sister, after Marjory had  accompanied Knights and Gill’s  on an expedition in the countryside north west of Rome, followed by visits to Viterbo, Orvieto, Assisi, Perugia and Florence.

(Marjory was an English landscape architect and promoter of child welfare. In 1921 she married Clifford Allen, a leading member of the Independent Labour Party who had been imprisoned as a conscientious objector in World War I. Marjory Allen worked as a landscape architect throughout the 1920s and 1930s and was elected the first fellow of the Institute of Landscape Architects in 1930).

During Knights’ first few months at the British School, Colin Gill introduced her to Rome and its historic sites and monuments, and together they attended fancy-dress balls, the Russian Ballet and Opera, visited flower markets, ate in Gill’s favourite restaurant at Trajan’s Forum and made trips to Tivoli and the seaside.

Knights had striking features and portraits of her were made by Colin Gill, Arnold Mason, and  Tom Monnington, amongst many, and  portrait busts by sculptors David Evans, Professor Gerard, and Alfred Hardiman, 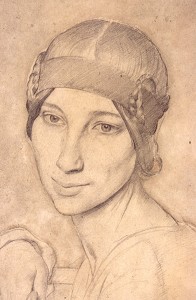