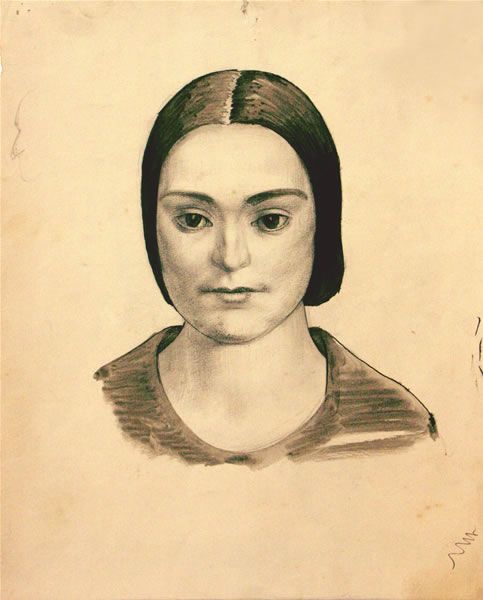 
Artist and teacher, born in Alverstoke, Hampshire. During World War I she lived in Malta, where her father was a naval pharmacist. She trained at Rochester School of Art, where she later taught, and the Royal College of Art from 1921–3. At the Royal College Minter met the artist Gerald Cooper, whom she later married. Gerry and Mint, as they were known, were part of a brilliant group at the College, then under the direction of William Rothenstein, their contemporaries including Raymond Coxon, his wife Edna Ginesi, Barbara Hepworth, Henry Moore, Vivian Pitchforth and Charles Tunnicliffe. Minter’s early Rochester style was illustrative, her later manner looser, with subjects including fairground and circus scenes. Most of her commissioned work was for stained glass windows – many of which can be seen in churches in Kent and Suffolk, notably at Bures, near Sudbury. Her work is in the collection of the Geffrye Museum. She died in Wimbledon, southwest London.